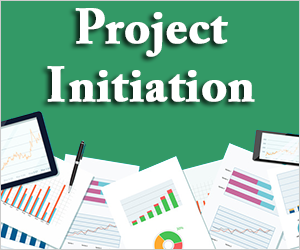 In this first out of five project management processes, the project is created and defined to the extent necessary to begin planning the project.  This step involves the project setup, and ensures that the performing organization is clear about the purposes and priorities surrounding the project.  There are usually certain issues that require setup, like funding or stakeholder issues.

This is a small but necessary step, and its importance is easily underestimated.

The Project Management Body of Knowledge (PMBOK) identifies only two processes within this phase.

Stakeholders come in many forms and have vastly different needs as it relates to the project.  They can be:

They can also have varying levels of support.  You often don’t know how strongly they support or oppose the project until you consult with them.  Many projects have run into trouble because assumptions were made about stakeholder interests that were not based on direct communication with those stakeholders.

Often the overall stakeholder position is complex because there are varying positions within the stakeholder itself.  For example, the county that will receive tax revenue from a new plant could have a contingent of taxpayers who are strongly opposed, pulling the politicians in different directions than they originally state.  It can also cause changes to the stakeholder’s position during the project.  Therefore it is often advisable to analyze the underlying factors governing a stakeholder’s position, even for stakeholders that are supporters.

What is a Project?

The Elements of a Project Charter