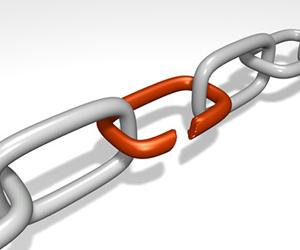 The Critical Chain Method is a relatively new concept in project management.  It was developed and popularized by Dr. Elihayu M. Goldratt in his book Critical Chain (1997), which is written as a novel but outlines the methods used to ensure that projects complete on time.

The Critical Chain method is similar to the Critical Path Method which is in widespread use today within the the project management profession.  In fact, the “critical chain” is the same thing as the “critical path” except that the way it’s determined uses a completely different set of processes.  Whereas the critical path method is very mechanical, assuming people are like robots and perform work in a perfectly mechanical way, the critical chain method focuses more on the human element.

Dr. Goldratt focused his research on the following three human factors which affect the normal completion of project tasks:

The problem with traditional project management is the inclusion of a contingency within each task.  This is supposed to increase the likelihood of the task being completed on time, however in practice the opposite actually occurs.  The work expands to fill the time allocated to it.

What is the Critical Chain?

The definition of the Critical Chain is the same as the Critical Path in traditional project management.  It is the longest path of tasks to project completion.  But in its calculation and methodology, it is a completely different method.  You must essentially use one method or the other, or both in parallel if you have the time.

How to Implement the Critical Chain Method

To use this method, a project manager performs the following sequence of events during the project planning phase, to develop the schedule.

The project team is aware of the buffers but is driven by the task durations which are the 50% estimates.

Even though they are aware of a buffer, the schedule presented to them forces them to act with a sense of urgency.

If you would like to know more about the Critical Chain Method, here are a few resources to investigate:

Use the Critical Chain Method to meet Project Deadlines