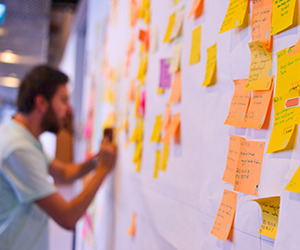 Scrum has ushered in a revolution in project management.

Although the revolution is most often attributed to agile, the Agile Manifesto and Agile Principles do not specify the day to day processes and methods to be used to implement Agile.  That’s the job of scrum, and as the most popular Agile framework, it’s safe to say that Scrum deserves most of the praise.

Of all the Agile frameworks, Scrum is by far the most popular.  So much so, that the boundaries between the words Agile and Scrum sometimes get blurred.  Don’t get me wrong, there is a clear boundary.  Scrum specifies the methods and processes which are performed on a daily and weekly basis, whereas Agile only specifies general goals.

Scrum uses a series of “sprints” to accomplish project objectives.  Sprints are 1-4 weeks long and must result in a tangible product that can be demonstrated to the product owner.

Scrum projects are delivered by the Scrum team.  This group of people have well defined roles which, when fully utilized, result in efficient production and stakeholder satisfaction.  The scrum team roles and responsibilities are as follows:

Many scrum manuals include a fourth, stakeholders, which includes anyone else who has an interest in the project, from salespeople to accountants to regulatory agencies.

This scrum team meets in the daily scrum meeting, described later.  They also take part in many scrum events which occur throughout the sprint.

To deliver a project using the scrum framework, the project team carries out a series of scrum events.  The scrum events are:

Similar to the way a project manager produces project management documents according to the PMBOK Guide, the scrum project produces various documents, called artifacts, to assist with the process of managing and tracking important project information.

These artifacts help all members of the scrum team to deliver the project on time, on budget, and to the highest quality possible.  The six scrum artifacts are:

As you can see, the scrum method uses an iterative process to plan, perform, and look back in a series of iterations, or sprints.  This compares to traditional project management which seeks to plan out the whole project prior to starting it.  The benefit is that, although the end result is not known in as much detail up front, the project is completed cheaper and faster because of the lack of a massive up front planning effort that is likely to change anyway.

Thus, the sprint is here to stay, and the project management profession is better off for it.

How to Use Kanban to Improve Projects