You are here: Home / Archives for muri 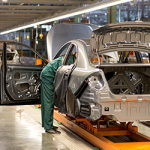 Starting from a point of almost complete ruin after World War II, the Toyota Motor Company rose to become the largest car maker in the world in the mid-2000's. This resulted in many inquiries into the source of their success.  Starting in 1988, the engineers and architects of Toyota's success began to open up.  As a result, the Toyota Production … END_OF_DOCUMENT_TOKEN_TO_BE_REPLACED