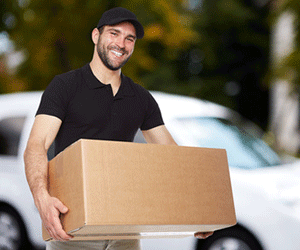 It can be tangible or intangible, for example, a contractor who is hired to provide a training course provides the course itself back to their client as the project’s deliverable.

To external parties, a project is often defined by its deliverables.  For example, in a house building project the house itself is the deliverable.  The focus of the external parties is not the internal metrics like how much profit the project made, how many other clients it produced, and so forth.  They are also the measuring stick by which the success of the project, and by extension the competence of the project manager, are measured.

A project can seek to accomplish many things, such as:

The main difference between deliverables and milestones is that milestones don’t require a product to be delivered to the customer, client, or project sponsor.

A milestone can be any threshold during which a project transitions to another phase. For example, the completion of the foundation of the house is a milestone, but does not require any submission to the client, customer, or project sponsor, hence it is not a deliverable.

We have described project deliverables to be items developed by the project for its customer, client, or project sponsor. It is irrelevant which organization these people work for, and indeed any one of these people can be internal or external.  For example, a project to update the human resources protocols could be carried out in-house. The project sponsor, who is “above” the project, works for the same organization as the project manager.  The deliverables are the new human resources protocols, and they are delivered to an internal party.

Therefore, the project manager should document and track each deliverable to ensure the product is formally delivered and accepted.  This can be done in the form of a table within the project management plan, for example:

As you can see, this type of tracking makes it clear what version is the working version and what it’s status is.

Obviously, the quality of deliverables is an important item that comes into play in almost every project. During the planning phase, as part of the Plan Quality Management process (PMBOK 8.1) the project manager determines the quality criteria that the deliverables will meet and defines this in the project management plan. Almost every industry has standards which can be pulled from agencies such as:

Other quality-related criteria such as a technical review, project management review, or some other quality criteria can be specified as well.

Throughout the project, the quality of the deliverables is tested via Quality Control (PMBOK 8.3) and the processes used to produce the product are audited via Quality Assurance audits (PMBOK 8.2).

The relationships between project management knowledge areas is more important than the absolute success in any one knowledge area.  For example, if the finished product is something different than what was expected, clients, customers or stakeholders can be left disappointed even if it was the best product of that kind ever produced.

For this reason, I will also talk about the knowledge area of Project Communication.  In this knowledge area, the project manager performs the following tasks:

Here are a few examples of project deliverables.

Writing a class paper is a project because it is a temporary endeavor that produces a unique product.

A house building project has the following characteristics:

How to Write a Project Scope Statement