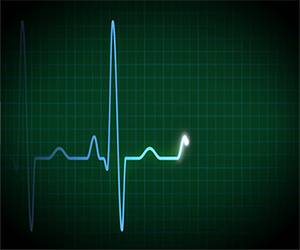 In the operating room, Doctors monitor the vital signs of their patients using a device called an electrocardiogram.  This device is familiar to most people – It’s the monitor that displays the electrical pulses of the heart.

Let’s dig deeper to find out how to keep our patient alive.

How is it Used?

The Cost Performance Index tells the project manager how far ahead or behind the project is at the point of analysis (usually right now). It represents the relative amount that the task is over or under budget.  For example, if the task Build Fence has a CPI of 1.25, this would mean that it is 25% under budget.  Likewise, a CPI of 0.75 would mean 25% over budget.  Greater than 1.0 is the goal.

Each task has its own CPI, but the project itself has an overall CPI as well. That is, the underlying Earned Value (EV) and Actual Cost (AC) must be calculated on a task by task basis and summed to determine the overall project’s CPI.

The Cost Performance Index is always changing, as time goes on and as work is performed. Maintaining a constant CPI of 1.0 would require that the project proceed at a perfectly linear pace from the start date to the completion date, according to the schedule.

The Cost Variance (CV) is similar to CPI but gives you the absolute, rather than relative, amount the project is over or under budget.

Just like a patient on an operating table has a “normal” heart rate to which any deviations are compared, the project must have a baseline schedule and budget.  The project is divided into tasks and each task must be assigned the following data:

This is called the cost baseline.  Project scheduling is one of the fundamental aspects of project management.

Determine the Cost Performance Index for the project.

Add a column to the table called “Percent Complete.”

How to Perform the Earned Value Calculations