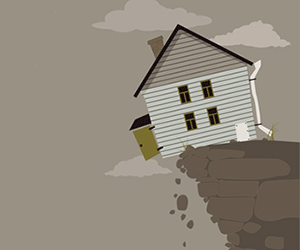 Cost Variance, usually abbreviated as CV, is one of the fundamental outputs of Earned Value Management.  It tells the project manager how far ahead or behind the project is at the point of analysis, usually right now.

What is it Used For?

Cost Variance represents how far the project is over or under budget relative to the work performed.  For example, let’s say the task Paint Wall has a budget of $500 and the cost variance is $100.  This would represent a project that is significantly under budget.

Cost variance must be calculated on a task by task basis and summed to determine the overall project’s cost variance.

It is a “snapshot” at a certain point in time.  Whenever the project is being worked on the cost variance is changing, because the project is getting more over or under budget as time goes on and as work goes on.

In order for the Cost Variance to remain constant, the project would have to proceed at a perfect, linear pace from start date to finish date according to the schedule.

The cost variance should be analyzed in conjunction with the schedule variance (SV), which tells you how far ahead or behind schedule the project is.

In order to calculate the cost variance, the project must initially be divided into tasks and each task must be assigned the following data:

This is called the cost baseline, and it gives the project manager something to track against.  Project scheduling is one of the fundamental aspects of project management.

In this example we have a project with two tasks:

The initial cost baseline is:

Step 1:  Determine the percent complete for each task.  We will assume the tasks are 50% and 25% complete, respectively.

The overall project cost variance is negative $100, therefore the project is over budget.  The first task is over budget, and the second task is under budget but not enough to make up the shortfall.

The paint supplies cost too much so the wall painting has to be cheaper to make up the difference.