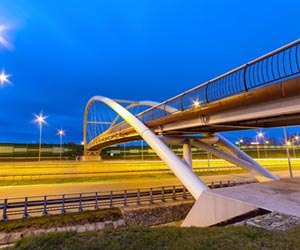 In my industry, value engineering is something that’s codified in the standard specification book, the one that’s tossed into every contract to define the standards for the project. It allows a Contractor to approach the owner/consultant and request design changes. If approved, the savings are shared with the Contractor.

I’ve never seen the clause used, although I can believe that it might have been in its approximately 10 year history.

Although consistent with the theory, this certainly doesn’t represent value engineering in all its glory. It was probably a buzzword that someone thought needed to be accommodated in one form or another.

Value engineering was originally developed at General Electric during the 1940’s. GE was suffering from a shortage of functional analysis capability for its military products during the war, which led to the development of a concept called value analysis.  A few years later, the concept was catching on within the U.S. military but there was a moratorium on hiring “analysts.” Since engineering positions were available, the practice was re-branded value engineering.

Eventually a standard was developed and a trade organization formed, the Society of American Value Engineers. It was later rebranded SAVE International to represent its increasingly international audience. Today all federally funded infrastructure projects require a value engineering component.

Function is measured by the performance requirements of the owner or customer. A function might be to “achieve traffic flow across the river” and the resources are the “time and money to build a bridge.” I use that function/resource pair for explanation purposes only, because in practice the value engineers look at many different functions that the bridge serves, like accommodating floods, passengers, bicycles, endangered turtles, emergency vehicles, the sun on the horizon, and anything else that serves as a function of the project.

The resources can be materials, tools, price, time, or anything that is required to achieve the required function.

Value engineering most often takes place after a design (functional or detailed) has taken place, although the best time to do it is really before the design. A value engineering study is undertaken whereby multiple practitioners or subject matter experts gather together to perform the value methodology. They proceed through a standard job plan which consists of 6 phases:

The meat and potatoes is item #2, the function analysis step.

During the Function Analysis phase, the practitioners develop verb/noun pairs to describe the functions and how they are related. For example, a hammer’s function is to apply force.

There are two types of functions:

As described above, the functions of a new bridge might be:

When a major pedestrian bridge was built in my home town several years ago, the value engineering session took place after a functional design was produced. The design included two features that were altered by the value analysis:

Both of these design features are standard stuff for the engineers designing these types of bridges. But after the value engineering group met with the local emergency services they decided that emergency vehicle access was not necessary. And after consulting with the public, it was determined that a curved, aesthetic bridge was in the best interests of the public in this location instead of a straight bridge (it was alongside a freeway crossing). The design changes were significant, but the end result cost taxpayers several million dollars less while providing a better product. The City’s value engineering team paid for itself many times over that year.

You don’t need to be an expert in value analysis to use its concepts to improve your projects.

What is your experience with value engineering? I’d love to hear about them in the comments section below.

The 6 Steps of a Value Analysis

How you can use Value Engineering

Listen to the Voice of the Customer