A Value Analysis attempts to improve the value of a project using value engineering methodology. This is defined by the Value Methodology Standard, published by SAVE International. It is defined as an assessment of a product that attempts to minimize its cost in relation to its functions.

Typically, a value engineering team meets for 1-3 weeks, during which they work through the “job plan” as outlined by the standard.  According to the Value Methodology standard, there are 6 phases to a Value Analysis:

This step also includes things like site visits and meetings with the project team, if required. Project documents like plans, drawings, specifications, and reports are obtained and the value engineering team becomes familiar with them.

This step represents the meat and potatoes of the value analysis. The team attempts to determine the functions the project serves. Functions come in two forms: 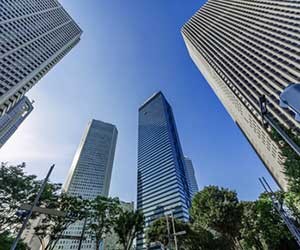 The functions are described in verb/noun pairs, such as “supply water to all suites,” or “Maintain view of adjacent park.” For a project like this, the team should come up with 10 – 15 functions. You might be surprised how many secondary functions exist for most projects. Subject matter experts would be a great resource, but in their absence an appropriate level of brainstorming and analysis are necessary.

The team should also identify value-mismatched functions to focus the improvements on.  For example, maybe a large obstruction is preventing the view of the adjacent park from too many suites resulting in a potential mismatch of the cost vs. functional benefit.  This is investigated in the next step.

At this stage, a priority is given to each project improvement idea. The ideas are discussed and potential costs are determined. Once the risk-reward profile of each idea is itemized, the team has determined which ideas are worth implementing into the project or feature.

A few years ago, there was a pedestrian bridge built near my home which was originally designed for emergency vehicles. Although this type of design is standard practice for the bridges of this type, the value engineering team identified that emergency vehicle passage was not needed (verb/noun pair = ‘maintain passage for emergency vehicles‘). Also, a second major outcome of this value analysis was to change the design to an aesthetic, curved bridge because it was in a prominent location. The redesign of the bridge cost some money but this was more than made up by the cost of the bridge construction.  Thus, the value analysis paid for itself about 10 times over in the reduced construction cost, and the bridge was significantly more aesthetic.

Once the value improvement options have been whittled down to the ones that make sense, the value engineering team develop the options to the point of passing them back to the original project team. They must be clearly written and explained so that the project owner and stakeholders can understand how it benefits the project and act on it. Any potential negative factors are identified. Potential costs and cost savings are itemized.

This last phase represents the presentation of the alternatives to the stakeholders. Often value engineering represents a change in the normal practices that people are used to, an “out of the box thinking.”  Thus the best salesperson on the team is often the best one to do the presentation.

Some typical products of a value engineering analysis are a briefing document, risk analysis, present worth analysis, advantages vs. disadvantages, etc.

Have you ever performed a value analysis? Let us know how it went and what your experience was, in the comments below.

How you can use Value Engineering

Incorporate Value Engineering into your Projects