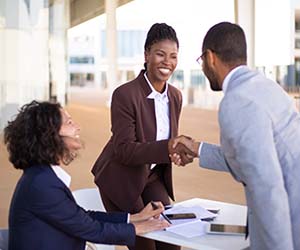 It’s almost like there’s a certain element of human interaction that all of the project methodologies in the world can’t put into neat boxes and project task lists.

That factor is human relationships.

You can see it in the business world, where almost all businesses value customer relationships on some level as a factor in business success.  Even on the most extreme end of the scale, say a Walmart or Amazon, where people actively want less human interaction in favor of lower prices, there are recognizable human interaction points that appear intentional.  I was at Walmart the other day and there were greeters at the door as well as people helping you through the self checkouts.

On the other end of the scale are projects.  By definition, projects have a unique end product and a defined end point.  Rather than selling millions of items of stuff and creating return policies for the ones that go wrong, projects create only one thing for one customer.  Hence, it is unequivocal that having a relationship with that customer is a huge factor in the project’s success.

But it’s not just the customer.  Since projects are, at their core, nothing more than a group of people attempting to accomplish a task, the relationships between all parties are integral to its success.  The project team, the external stakeholders, and the client.  Any of the four members of the project organizational chart can send a project into the doghouse. 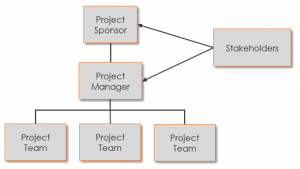 The four major relationship groups within a project are between:

If even one of these relationships breaks down, the project is unlikely to go smoothly.

Between the Project Manager and Project Sponsor / Client 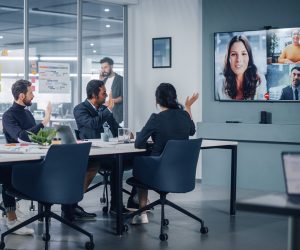 You know how it goes.  Some other project by some other firm goes wrong in a fairly obvious way.  You hear about it through the grapevine or you see it physically.  The first thing that goes through your mind is that I’m glad that didn’t happen to me, I would be fired on the spot.  And then weeks or months later, you can see that those same people and/or company got the next project from that same client again.

Usually there is more than one “stakeholder” on the client/owner side.  For example, a project supervisor, a foreman, an active investor or company owner.  Only the smallest projects have just one person who’s relationship provides value to the project manager.

Between the Project Manager and Project Stakeholders

Although I have referred to the client / owner as a “stakeholder” above, the project stakeholders are technically the other third parties that have an interest in the project.  These include adjacent landowners, environmental permitting agencies, future product users, and so on and so forth.  These are usually classified into the following two categories:

If they have both high power and high interest, they are a serious consideration for the project management team.

Who hasn’t seen team members that envision a different end product, or a different path to get to that end product, or maybe they just don’t get along.  The project manager is often placed in a conflict resolution role that requires strong interpersonal and communication skills to resolve the situation without detriment to the project or future career prospects of the project team.

The project manager’s responsibilities are:

Conflict resolution is a topic far bigger than this article, but suffice it to say that in the project context, the goals of any conflict between team members is to:

Between the Project Management and Project Team

Project team members want to be compensated fairly for their work, but they also want to leave the project with something more than they started with.  This falls into three categories:

Project management is an art form as well as a science.  We engineers love to codify projects into standard moving parts that, if executed, are guaranteed to achieve project success.  But projects don’t work that way.  You cannot eliminate the artistic side, and the human element ensures that there is no substitute to building strong relationships with everyone involved in the project, from the client down to the project team.

We hope that you can take some of these tips to your projects and strengthen your relationships and ensuring they serve you well down the road.