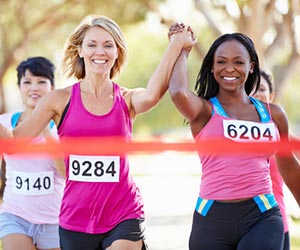 There is no universal definition of project success.

Since the very definition of a project is temporary (Project Management Body of Knowledge, 6th Edition), virtually all projects must meet a deadline and budget.

But some projects must satisfy certain stakeholders. Others must meet regulatory criteria.  Still others must achieve a certain return on investment.

For these reasons, every project manager must develop their own critical success factors which define the success or failure of the project. 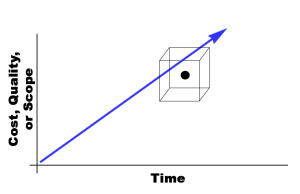 In project management, all projects are built upon a foundation called Critical Success Factors (CSF).  These are the criteria that a project needs to satisfy.  They are the definition of project success.

Most projects have primary CSF’s that are central to the project definition, like building a bridge that doesn’t fail, or a fence that keeps the dog inside.  Also, things like finishing on time or staying below the budget are also considered primary, if the project sponsor considers that as part of project success.

They are usually seen through the eyes of the project sponsor, or customer, who initiated the project or is paying for it.

Secondary CSF’s often originate from the passive stakeholders – those that don’t contribute to the project but have a vested interest in it.  In the case of building the fence, if there was a gas line running under the fence the gas company would constitute a passive stakeholder.

Almost every project has other parties who are impacted by the work.  Defining what those project requirements are results in critical success factors.  Each of the following stakeholders can have their own definition of project success, such as:

Role of Communication in Project Success/Failure

There are countless cases of project managers ending up in the doghouse even though a project got delivered on time, under budget, and nothing catastrophically bad happened.  Why is this is the case?

The most important thing is not even so much to get the project perfectly right, but to communicate with the stakeholders.  People that feel consulted will allow significantly more problems without altering their perception of project success.  They allow a longer leash, if you will.

The sum of planned and actual failure is called perceived failure.  If your project is perceived to be a failure, you have not been successful as a project manager, even if the project achieved all of it’s other goals.

The opposite is also true.  If the project didn’t actually achieve its intended goals but all stakeholders, including the funding authority, are satisfied the project would usually (although not always) be considered a success.  For example, if you ended up building a trench filled with water instead of a fence, but it keeps the dog inside and the neighbor is happy with the product, hey, it’s a success right?  One could argue that it’s actually a “new” project that is a success, not the old one.  But suffice it to say that communication is integral to project success.

Usually there is a list of five or more things that most projects need to satisfy in order to be considered a success.  Here is a list of questions to aid in brainstorming critical success factors:

Here are some examples of good critical success factors:

Here’s a list of some factors that you could readily use to track project performance in light of the project’s critical success factors.

Do you have any other ways of measuring your project success? Let us know in the comments below. I’d love to hear from you.

30 Roles and Responsibilities of a Project Manager

4 Ways to Make Your Projects a Success