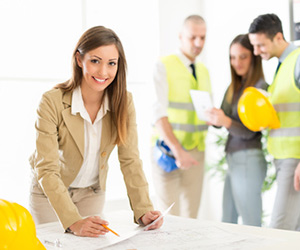 Like termites that build their invisible kingdoms secretly and slowly, projects have a similar parasite that grows under the surface until it suddenly exposes itself with disastrous consequences.  It’s called scope creep, and it has eaten many projects alive.

There are five primary underlying causes of scope creep:

It can be tempting, when spotting an incarnation of scope creep, to assume that a future task will come in correspondingly under budget or ahead of schedule.  I’ve done this many times.  But most of the time this underlying cause affects the other tasks as well.  Thus, if you ever succumb to this line of thinking, it is imperative that you actively manage those future tasks to make sure they really do come in under budget (or ahead of schedule).

A project is defined as a unique endeavor with a defined beginning and end.  As such, it must have a project scope, that is, a well defined list of tasks that are part of the project.  Project scope is the fence that defines the boundaries of the project.

The Scope Management Plan is a component of the project management plan that describes how the scope will be defined, developed, monitored, controlled, and validated.  The components of a scope management plan include:

The scope management plan can be formal or informal, broadly framed or highly detailed, based on the needs of the project.

The most important part of the scope management plan is the scope statement.  It is developed during the Define Scope process, a part of the planning process group.

The purpose of the scope statement is to communicate the project’s scope to all relevant stakeholders.  Therefore it is important to make sure that all the bases are covered, including the specific mention of items which might not be obvious (inside or outside the scope).  If your project is to build a garage, for example, a scope statement of “To Build a Garage” is obvious and provides no net benefit.  The scope statement should attempt to reduce the risk of major project issues by drawing as clear boundaries around the project as possible.

Theoretically you could define the project down to the number of nails and bolts, but this is not usually realistic.  Therefore project managers need to decide when the scope definition is specific enough and assume any risk of changes after that (or include contingencies).

Scope control is the key to ensuring the scope creep bugs don’t multiply and eat the project alive.  The scope control process takes place within the monitoring & controlling process group and consists of the tasks which aim to keep the project’s scope on track.

Control Scope is the process of monitoring the status of the project and product scope and managing changes to the project baseline.  The key benefit of this process is that it allows the scope baseline to be maintained throughout the project.

The inputs, tools & techniques, and outputs of the process are:

How to Control Scope Creep

Notice in the process diagram for Scope Control above, that the only Tool & Technique is called Variance Analysis.  This is a reference to the main parameters of the Earned Value method, the Schedule Variance (SV), and Cost Variance (CV).

The actual definitions are:

The earned value method is the industry standard for keeping projects on budget and ahead of schedule, but what does this have to do with scope creep?

The answer is that scope creep shows up in the CV and SV.  If Bob has spent 14 hours instead of the budgeted 12 hours, the CV will be negative signalling an over budget situation.  If he has spent the right amount of hours but exceeded the completion date of the task, the SV will be negative indicating a behind schedule situation.

The real benefit of the CV and SV is that it gives you fantastic early warning of budget and schedule issues because the analysis is as good as the input data.  If you have up-to-the-minute costs and hours for your project (which most people do) you can plug in the numbers and it will tell you where you are.

You really can exterminate that nasty scope creep bug before it becomes an infestation!

Let me know in the comments what your experiences are and how you deal with scope creep!

How to Stop Scope Creep

How to Control Project Scope