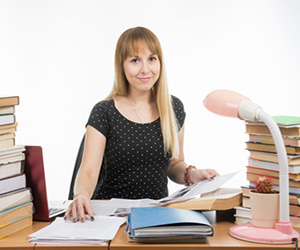 It’s amazing how many projects do not know their true status until near the end, when there is little that can be done to ensure they finish on time or budget. The proper time to rigorously track project status is at the beginning, not at the end.  This is when project risk can be managed and changes made to get it back on track.

Earned value analysis is the project management tool that is used to measure project progress. It compares the actual work completed at any time to the original budget and schedule. It forecasts the final budget and schedule and analyzes the path to get there. It gives you the essential early warning signal that things are going awry.

There are two variables which the earned value method focuses on.

There are 8 steps to performing earned value analysis effectively.  It may seem like alot at first glance, but for small projects this takes five minutes once you learn how to do it:

The first four steps represent an information gathering phase. The remaining steps are calculations which give the project manager a glimpse into the current status of the project from a budget and schedule perspective.

Before you get started, it is important to define appropriate project status points in which this calculation is performed.  Weekly status meetings work very well for any size project, but whatever time frame is used the important thing is to make sure these calculations are performed at that time.

To start the process, the percentage complete of each task needs to be determined.

Small tasks (80 hours or less) are often best done on a 0, 50, or 100% complete basis (not started, in progress, or complete).  This brings the workload down to reasonable levels and prevents abuse when project team members exaggerate, for example they might tell you a task is 80% complete when it is really 50% complete.

For repetitive tasks you can also use progressive measures such as number of fence posts installed.

Planned Value, also known as Budgeted Cost of Work Scheduled (BCWS), is defined as the amount of the task that is supposed to have been completed.  It is in monetary terms as a portion of the task budget.  For example let’s say that:

Earned Value, also known as Budgeted Cost of Work Performed (BCWP), is the amount of the task that is actually complete.  It is, again, in monetary terms as a portion of the task budget.  For example, let’s use the same example task.

The Actual Cost, also known as Actual Cost of Work Performed (ACWP), as you might guess, is the actual cost of the work.  Generally employee hours need to be converted into a cost, and all project costs need to be added up, such as the following items:

Since most projects have these well defined via accounting or project management software, we will not go into great detail here.  For the purposes of our example project let’s say the actual cost of the example task is $1,500.

At this point the information gathering phase is complete. The following calculations represent the application of the earned value analysis to keep your project on schedule and budget.

The Schedule Variance represents the schedule status of the project.

The Cost Variance represents the cost status of the project.

Although the SV and CV are the minimum requirement and work well for small projects, there are other variables that are derived from them which you might want to calculate:

Each metric is calculated for each individual task in the project. Therefore they need to be added up into overall project variances to get the overall progress indicator for the project.  This represents the total variance of the project and can be reported to management, clients, and stakeholders.

The results are as instantaneous as the input data, that is, if you input the percent complete as of right now the status reported will be as of right now as well. It’s amazing how a small variance does not cause anyone concern until they see it as a number, and it can be corrected before it becomes more serious.

The first two calculations (SV and CV) give you the basic indicator of project progress.  A negative value indicates an undesirable situation.

The amount of the variance can be compared to the project’s budget to see how concerning it is.  For example, a variance of $1,000 on a $100,000 project is not that concerning but a $10,000 variance might need some attention.  The variances can also be compared to employee charge out rates or something similar, for example a $1,000 variance might require a person who’s earning $50/hour to work 20 hours to recover.

In our example the schedule variance was -$1,000 and the cost variance was $500.  This means that the project is behind schedule, but it is being performed efficiently and is cost-positive.  If an worker charging $75/hr was performing the majority of this work, they are about 13 hours behind schedule (although they will finish under budget).  Thus, we know that this task requires a couple days of work over and above the regular schedule to get it back on track.

Graphing the results over multiple status points is a very helpful exercise.  Good project control often means that the instantaneous project status snapshot is not as important as the trend the indicators are making over time.  For example, if the SV has been increasing, then maybe the project will finish on time even though it’s behind schedule today.

It is a well understood concept that if projects fall behind early they will tend to continue falling further behind throughout their entire life. Earned value analysis will alert you if you are even one hour behind and allow you to take the necessary remedial action. The value of this in producing successful projects is almost without equal.