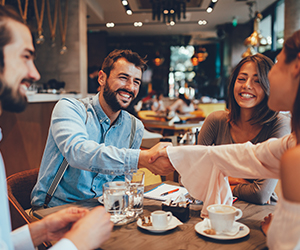 Project success criteria are sometimes fickle and elusive things.  On paper, the budget and schedule feature prominently in every project.  After all, a project is defined as a temporary endeavor to create a unique product or service.  But most projects have a host of other criteria, like product quality, third party stakeholders, or end user evaluation results.

And to make matters infinitely more complicated, human relationships play a huge role as well.  Examples abound of projects that encountered major problems yet clients and customers appeared to be happy with the outcome.  And vice versa.

This is what I call the ‘art’ of project management.  You can learn the ‘science’ from the PMI, PRINCE2, or IPMA, but the art can only be practiced and perfected over time.

The project management profession does a great job of dealing with change, and the agile revolution even centers around it.  But what about change within the owner/customer organization?  What happens to project success criteria when the people who define it change mid-project?

As anyone who has managed multiple, larger project knows, this is a very common occurrence.

According to all three major project management methodologies, project success criteria should be established up front and written down in a project management plan.  These can range from budget and schedule milestones to product quality criteria and standards.  Sometimes they are black and white and easy to define, and sometimes they are grey and subject to personal opinion.

But the ‘art’ of project management necessitates that the project manager be aware of who is deciding whether this criteria is being met and nurture a strong relationship with them. 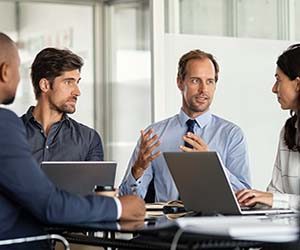 Most organizations have an individual, or a group of individuals, who act as the financial managers within the owner/customer organization.  Although not responsible for the day to day management of the project, they are the project’s representative within the organization and will receive its deliverables.  They tend to also be a project ‘champion,’ because they have to answer for the existence of the project (and its expenditures) on a regular basis.  The project sponsor is one, and only one, level above the project manager.

When the project sponsor changes

It is a chance to improve on client/customer relationships and prove with a clean(er) slate that the project is on track to be a success, in spite of perhaps some minor problems in which a new case can be made that they have been effectively dealt with.

Hence, it is important to put a special emphasis on developing relationships during the time of changes within the project sponsor role.  As I’ve written before, re-confirming small items often ensures no hiccups while simultaneously developing relationships.  Doing something that has no other purpose besides sending the message that the relationship matters goes a long ways – Things like a christmas card, lunch meeting, or golf outing.

Sometimes a temporary person fills in their role and is not fully invested in the job.  This scenario gives the project manager considerable leeway, but as mentioned earlier, the relationship between the project management and executive levels can break down during the transition period. 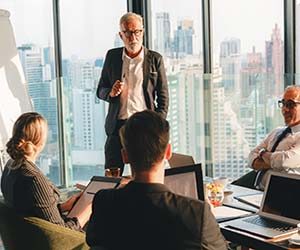 The easiest way to keep executives happy is to make realistic plans and then deliver them according to the plan.  But we know this is not always easy, and we are not here to discuss the easy times (mostly).  When challenges arise, it is important to know that the executive level requires a strong relationship as well, and usually this takes the form of the project sponsor.  This fundamental relationship might not be under the control of the project manager, but it is an important one for project success.

When the Executive changes

Changes in the executive are generally not the most concerning on the project level, unless the new executives have an axe to grind or an agenda that conflicts with the project’s goals.  Once again, the relationship between the project sponsor and executive level might deteriorate, and this could be out of the control of the project manager, although the success of the project is somewhat dependent on it.

Most projects have several external stakeholders that have either power over, or interest in, the project.  Or both.

In the case when both of these are high, the external stakeholder should be thoroughly analyzed and considered in the planning of the project.  Stakeholder analysis is a process in which each of these factors is considered, the needs of the stakeholder are determined, and project communication is planned in relation to the stakeholder.

One thing I’ve learned throughout my 20-ish years as a project manager is that the demonstration of effort goes a long ways.  It is human nature to extend a longer leash when you see people aggressively trying to solve problems.  Projects, by their very nature, are solving some sort of unique, specific problem, hence there is usually some amount inherent expectation of unpredictability.  Hence, when a project manager is on top of the issues and appears to be giving it their all, forgiveness, and project success, is often closer than it seems.