You are here: Home / Archives for September 11 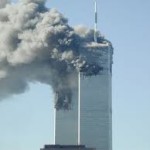 Recently I watched the latest documentary, called The Experts Speak Out, from the 911 Truth Movement.  Truthers, as they are called, believe that there is evidence that the World Trade Center buildings were most likely brought down by controlled demolition rather than weakness from the airplane's impact. Apparently over 2,100 architects and engineers have signed a … END_OF_DOCUMENT_TOKEN_TO_BE_REPLACED