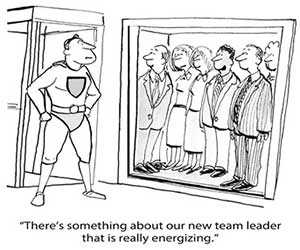 Although projects span a huge spectrum from big to small, innovative to routine, and technical to repetitive, there is in fact a standard project organization chart within which all projects fall.  With the exception of a few variable parts all project fit into a standard mold.  According to project management theory, each member of a project is, in fact, very well defined, and in this post I will examine that structure.

Firstly, let’s observe the most basic project organization chart.  This is the minimum existential requirement to have a project.

They often deal with funding for the project, ensuring budgets are in place and payments are made throughout the duration of the project.

The project manager is the person that handles the day to day administration of the project and project team and is ultimately accountable for the project’s success.  They are the superhero who must make sure the deliverables are produced on time, on budget, on quality, and with all stakeholders are satisfied.  Sometimes it does take a superhero doesn’t it?

They can be from the same organization or a different one, as is often the case with a vendor organization that was contracted to produce a set of deliverables.

Sometimes the project is managed by a team, particularly on large industrial or oilfield projects.  In this case there must a lead project manager, and the other project managers produce the project management documents such as schedules, estimates, quality criteria, risk analyses, and so forth. 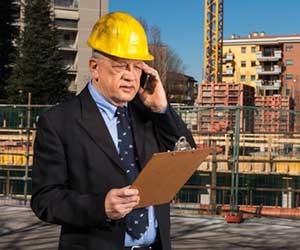 Every project has someone who has an interest in its outcome, in other words, a stakeholder.  As a minimum the project sponsor could be considered a stakeholder because they are expecting the deliverables at a certain time, budget, and quality level.  In my experience only very small projects have no other stakeholders, for example pouring a driveway (although you could argue the neighbors are stakeholders as well as the city who required a building permit).

It is the project manager’s job to know all the stakeholders, no matter how insignificant, and ensure their approval is earned.  Some stakeholders are supporters, such as local business groups for a new stadium.  Some are opposed, like environmental groups, and some simply wish to keep informed of the status, like city building permit officials.  Their position can, of course, change if their needs are not met by the project manager.

Although the above organization chart is the minimum requirement, there are a few other roles which exist on some projects: