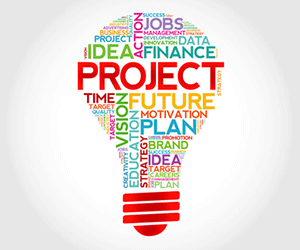 The profession of project management includes the application of many skills, which include:

The definition of a project manager is: 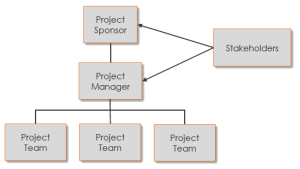 The project manager could report to either of these types of managers, but their responsibilities end at the project.

The project manager is ultimately responsible for the success or failure of the project, although they often share some of that responsibility with the project sponsor.

Definition of a Project

Very simple and to the point, but the two words that encapsulate what a project is and isn’t are:

The following is the project life cycle according to the PMBOK.

The PMBOK uses the technical term process groups to describe these phases.  They are generally in chronological order but the project can sometimes revert back to a previous phase.  For example, when the paving project is finished the construction of concrete curbs, some tasks might have to be performed before the paving begins that are considered planning.

Professional project management according to the PMBOK requires a project manager to produce various documents which assist in the planning, execution, and control of the project.  The following list can be sufficient for small projects:

These documents are described below:

What is a Project?