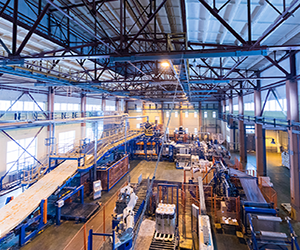 If there is one enemy of business success, it is this:  Wastefulness, inefficiency, and uselessness.

This is the definition of the japanese word muda, a household name in lean manufacturing circles but an infinitely valuable one for every business professional who learns to root out and destroy this sprouting cancer at every available opportunity.

In lean manufacturing, the value stream is the sequence of steps that create value, for example, cutting, stamping, and painting.  Any work that is not absolutely required to produce that value is muda.

Taiichi Ohno, the Toyota engineer who pioneered the Toyota Production System, which laid the foundation for lean manufacturing, stated it this way:

The TPS, with its two pillars, advocating for the absolute elimination of waste.

Notice that it is not a waste reduction plan, focus group, or meeting agenda.  Rather, it is the relentless pursuit of absolute elimination.  When muda is discovered the patient is sick and dying, it is an emergency that requires swift, decisive action, usually by the production floor personnel.

There are 7 types of muda commonly identified in lean manufacturing:

An eighth type of muda is generally considered in modern lean manufacturing although it was not part of the original Toyota Production System: 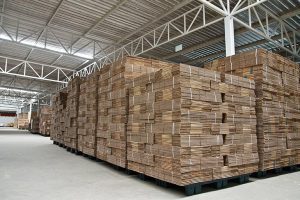 This waste refers to producing too much product.  The overproduced volume must be transported, stored, inspected, and probably has some product you cannot sell.  When you cannot sell the product the entire manufacturing process has been wasted.  When product is overproduced, costs are incurred to store the product and the sales staff must work to produce discount campaigns to move it.

In a traditional non-lean factory, large batches of raw materials are ordered and processed into large batches of finished goods prior to being sold.  This allows for a large inventory that is available for unexpected orders.  In lean, however, there are multiple assembly lines working in parallel that move the product from raw materials to finished goods rapidly, thereby allowing for the production of rush orders.

A computer hardware manufacturing plant produces thousands of units prior to being sold, in order to beat the competition to market.  The product turns out to be slightly different than the market wants and must be discounted resulting in a loss on the product. 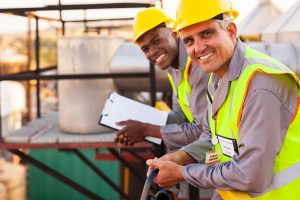 This refers to workers that are not working, for any reason.  Anything that is waiting for something is wasting a component of the process.  Whether it’s the products being produced, the people producing them, or the machines on the factory floor, the process is improved by eliminating the act of waiting.

In a lean plant, each production station is designed so that the product spends no time waiting for the next or previous step.

In a vehicle assembly plant, the paint department is located in a centralized location and applies paint to the vehicles.  They are shipped to the department, at which time the main assembly line workers and machines are idle as they wait for the product to return from the paint station. 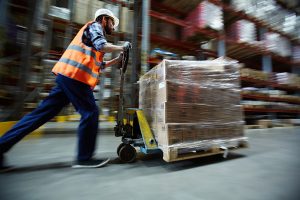 In a lean facility, the product moves from station to station on one continuous line of flow, which minimizes the transportation of raw materials as well as the product itself.  Inventories between production stations are minimized and the movement of goods is not a significant part of the production process. 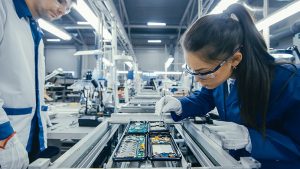 This refers to the waste of processing a product beyond what the customer wants.  For example, engineers that make specifications greater than the customer is willing to pay for.  Also, choosing poor or inefficient processing equipment also creates this type of waste.

In a lean manufacturing plant, the value being provided to the customer is carefully assessed and the value stream mapped.  That way it is clear to everyone what creates value and what is considered unnecessary, wasteful, or gold plating,

In a textile mill, the thread spacing is adjusted higher than the customer’s quality requirements to minimize the amount of rejected material.  The mill should consider upgrading, retrofitting, or replacing its looms to minimize the overprocessing of its product. 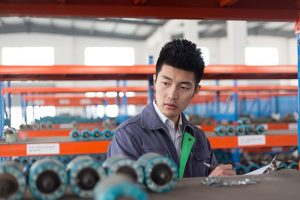 This is the unnecessary movement of people, such as operator and mechanics moving around looking for tools and equipment.  It is very easy to overlook this type of waste because people are moving and active, but make no mistake it hurts the bottom line like any other muda does.

Lean production facilities have highly standardized assembly stations.  The workers at each station perform standardized work and all of their raw materials, tools and equipment are available when they need them.

A bicycle assembly plant requires workers to get their tools from the tool shed at the beginning of each shift.  Most workers take between 5 and 10 trips to the tool shed throughout their shift.  To eliminate this waste, more tools are purchased and placed at each station. 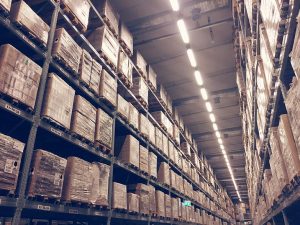 Lean manufacturing is famous for the concept of just-in-time production, whereby the raw materials are supplied to the assembly plant with a minimal amount of storage time prior to being processed.  In fact, all storage is considered muda, as it incurs costs to purchase it, store it, and potentially scrap it when business needs change.  But how do you ensure that you don’t run out of raw material and thereby shut down the entire factory’s production? 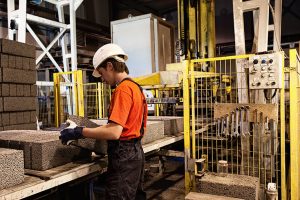 Every manufacturing plant produces some scrap.  Whether it’s the excess pieces from a cutting operation or the destruction of finished goods, the material that cannot be used represents a waste that must be minimized.

In a lean plant, every assembly station uses standardized work and the product is not moved to the next station until the work has been completed to specifications in a process called jidoka.  Compared to a non-lean plant where large batches of one type of work are performed followed by a machine changeover to another product, the gains in quality have been demonstrably large.

A manufacturer of steel pipe takes large steel plates and puts them through a hot rolling process.  The hot-rolling machines are large and expensive, and must be kept at maximum uptime.  Hence, the raw material (steel plates) are often cut with 40% or more of the material wasted.  The plant converts to lean manufacturing and implements several smaller hot rolling machines, allowing them to produce smaller and bigger pipe quickly, thereby using the material that would otherwise be scrapped. 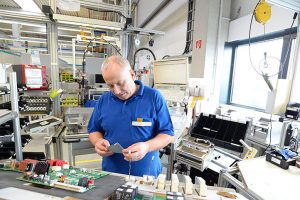 Although not part of the original Toyota Manufacturing System, modern lean manufacturing considers an eighth muda, called unused skills and knowledge.  This muda includes the knowledge and skills that are present on the factory floor but are not being used to improve the production process.

Many production floors have workers that have knowledge and experience from other employment or from years on the job.  They don’t always volunteer to improve the processes they are working on or see others working on.  Therefore, the lack of utilization of this free source of efficiency is wasted.

An assembly station requires a worker to install 4 bolts and tighten them to a specified torque.  The worker realizes that the previous assembly step could drill the bolt holes slightly wider to reduce the workers reach, thereby saving assembly time.

The methodology of lean manufacturing specifies that the production line be continuously inspected for muda.  This is an ongoing activity which is as much a part of the process as the production activities themselves.  Everyone takes part.  And this process of continuous improvement is called kaizen, one of the cornerstones of the original Toyota Production System which evolved into lean manufacturing.