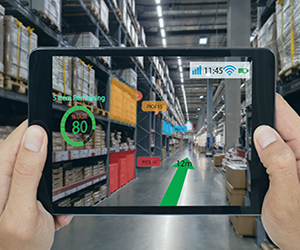 Many people have heard of Just-in-time manufacturing.  But how does it really work, and how can you use it to improve your operations?

Most importantly, what are the risks when there is a hiccup in the supply of parts?

Just-in-time manufacturing originated in post-war Japan, where there were neither raw materials nor space to build large factories, hence manufacturers had little choice but to operate in small quarters and maximize the efficiency of the production process.  The success of Toyota Motor Company, and japanese manufacturers in general, lead to heavy interest in the Toyota Production System.  When Toyota started opening up about the secret of their success in 1988, just-in-time manufacturing was the most easily recognizable component and instantly became a buzzword.

Today, the term just-in-time manufacturing is sometimes used interchangeably with the Toyota Production System, although it was originally just one part.

Meanwhile, the Toyota Production System and just-in-time production have evolved into a component of the more general concepts of Lean Manufacturing.

What is Just-In-Time Manufacturing?

Just-in-time manufacturing is a management strategy that seeks to improve efficiency by minimizing on-hand inventory.  In the case of a car manufacturer, the component parts are available on the assembly line in the lowest possible quantity.

Just-in-time is essentially a way of thinking.  In many plants, managers attempt to have the most, rather than the least, component parts available in order to reduce the risk of stopping the assembly line.  And there is some validity to this line of thinking.

But the success of the Toyota Production System and the subsequent rise of Lean Manufacturing are converting many people to the opposite.

How Does Just-in-Time Work? 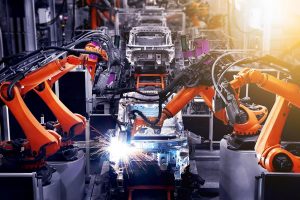 In the Toyota Production System, every assembly task is specified in minute detail in a written procedure, which eliminates variation.  Every bolt and weld is itemized, sizes and torques specified, and assembly times specified.

In non-Lean plants a station worker might be assigned to place and tighten four bolts, whereas in a Toyota plant there would be a written procedure that specifies how many bolts, in what order, how far they would be turned, and how many seconds it should take.  Thus, there is no room for variation, which increases quality.

Because the procedures are so well documented, workers don’t spend their time thinking about what they are doing.  Rather, they are empowered to make small improvements in the procedures.  This is accomplished via a system of kanban boards which measure the cycle time across the assembly line and tracks the implementation of process improvements.

How Much Money Does Just-In-Time Save?

The cost of on-hand inventory can be significant.  When an assembly line is built, the original inventory levels are part of the cost of the assembly line.  If they can be reduced by, say, 25%, or 50%, in most plants that results in significant monetary gains.

There are additional savings in the cost of floor space to store the inventory.

How do you Ensure the Assembly Line Doesn’t Stop? 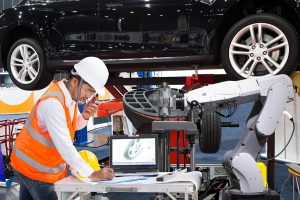 It may seem like minimizing inventory increases the risk of stopping the assembly line, and there is some merit to this.  It is true that Just-in-time manufacturing needs to be executed well to be successful.

There are two keys to minimizing the risk of running out of inventory:

Indeed, Toyota experienced a fire at a supplier’s plant in 1997 which caused the assembly line to stop.  This led them to institute a policy of multiple suppliers which remains in place today.

Just-in-time manufacturing was a major building block in the transformation of modern industrial society, and there is no doubt that its concepts can make any business more efficient.  When management thinking reverses from maximizing inventory to minimizing it, the benefits can be enormous.

What is a Value Stream?

Unmasking the Secrets of Jidoka