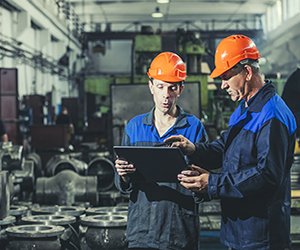 Human beings are naturally predisposed to resist change because of the risks it entails.  Maybe the change will fail.  Maybe it will reduce business or personal income.  And maybe it will result in a loss of job security.

But process improvement is often an exciting step forward that makes an important contribution to the business.  Hence, it needs to be approached with passion and a sense of adventure.  Deep within, everyone does want to try something new, move forward, and feel a sense of accomplishment.  There is no question it is necessary in the full spectrum of job satisfaction.

The key to improving your processes is to implement the right methodology.  Every business has a written methodology that was developed for their industry or sector.  One or more of the following six methodologies will apply to you.

Lean production developed out of the Toyota Production System after Toyota emerged from ruins after World War II to become the world’s largest auto manufacturer in the 1980’s.  As such, it is ideal for manufacturing plants where a large number or continuous stream of products (widgets) are produced.

In contrast to traditional manufacturing which seeks to maximize the uptime of large, expensive machines and people, lean manufacturing has multiple, small machines which can be changed over and maintained quickly.  In addition, the machine operators and plant personnel may not be fully utilized, but the production speed, quality, and footprint are maximized, maximizing profits, which is the larger business goal.

Six Sigma was developed by Motorola but popularized by General Electric CEO Jack Welch in the 1990’s.  Hence, like Lean Manufacturing, it is a process improvement method oriented towards manufacturing operations.

Six Sigma focuses primarily on product quality.  When a large number of widgets are produced, the quality (based on a quantifiable metric such as length, color, strength, etc.) looks like a bell curve, for example, 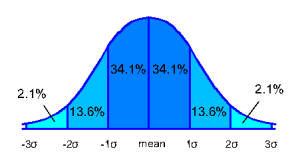 The goal of Six Sigma is to limit the defects to 3 standard deviations from the mean in either direction.  When the defects are measured outside of this band, a process called DMAIC (pronounced “de-may-ic”) is initiated to implement the corrections: 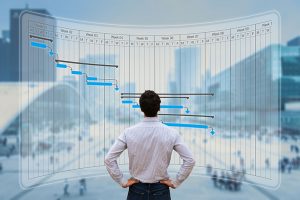 In organizations that deal with unique projects with a defined beginning and end, and whose product can be one unique item (or just a few), project management methodologies could be the answer.

There are three main project management methodologies in use today:

Agile methods are suited to projects that have a poorly defined or fluid scope, such as software or research and development projects.

Agile project management focuses on iterations, called sprints, rather than planning and execution of the entire project in detail.  Each sprint lasts 1 – 4 weeks and is planned and executed with a focus on creating value with shippable product releases.  For example, a software product demonstrates a new, functional and tested software to the customer after each sprint.  The final product, as envisioned, can be released to the market in partial increments (as determined by the product owner).

The Theory of Constraints was developed by Dr. Eli Goldratt in the 1980’s.  It was intended for manufacturing operations and followed up by Critical Chain Method for project management.  Although it has a smaller following than lean manufacturing or six sigma, it is very loyal and the Theory of Constraints International Certification Organization (TOCICO) maintains a certification scheme for this process improvement methodology.

The Theory of Constraints looks at a manufacturing operation from the point of view of “bottlenecks,” or constraints.  A plant’s production speed is usually equal to the speed of one or two machines which limit its throughput.  These bottlenecks need to be fully utilized, that is, other processes need to be prioritized to ensure that raw material is available to the bottleneck without interruption.  Control and testing procedures need to be arranged to maximize the bottleneck’s uptime.  Sufficient “buffers” need to be in place to account for unexpected events. 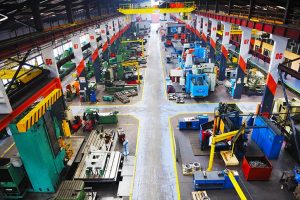 Although lean manufacturing operations report significantly higher quality metrics than traditional manufacturing ones, the primary defining feature of lean is production speed.  Six Sigma, on the other hand, is focused on quality.  Hence, the combination of the two has resulted in the concept of Lean Six Sigma.

The two systems have alot in common.  They both originated in manufacturing and maintain their roots there.  They also spend most of their time measuring variation, that is, the amount that each production station’s output varies from product to product.  Variation is an enemy of good manufacturing practice.  But lean manufacturing seeks to optimize the production line’s efficiency, whereas Six Sigma measures the end product quality and works backwards.

Although both methodologies have been developed separately and contain extensive bodies of knowledge (and learning curves), the argument for learning both methods, and implementing them both simultaneously, is compelling.

Hence, Lean Six Sigma has developed many practitioners, plus online and offline training possibilities, but it remains a hybrid methodology – there is no central authority.

Improving your business processes can be a daunting task fraught with many issues.  What metrics will determine an improvement?  Will upper management agree with this metric?  How will the metric be improved?  What if it doesn’t improve?

10 Things you Need to Know about Six Sigma