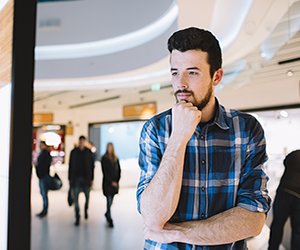 The art of making a decision is a daily occurrence for most people, both at home and at work.  We’ve all experienced projects where the best path forward is unclear, or there is no option without a major negative side effect.  What does the science say about decision making that could help us?

Decision making is the process of choosing a course of action from among several available alternatives.  It is heavily influenced by the values, beliefs, and preferences of the decision maker.

There are 6 steps to a strong decision making process:

Essentially, it’s an application of the 5 W’s plus H.

In our engineering firm we frequently complete “assessment reports” which seek to find the preferred course of action regarding a piece of infrastructure (road, bridge, etc.), usually after an inspection indicates a problem.  This includes determining the alternatives, pros and cons, lifespans, and costs, in order to make a decision regarding the path forward.  It is easy to look at the situation as a problem that needs to be solved with several alternatives, but it’s the off-the-beaten-path options that often make the analysis great.  Things like alternative repair scenarios, doing quick fixes and then major repairs later, and so forth.

Thinking outside of the box is a necessity at this stage.  And this thrives only in an environment of a well defined problem.

Once the problem is defined, all of the required background information is assembled.  Any information that has a small chance of being relevant must be included, even if it’s not obvious right away.

In a court of law they have a process called “discovery,” a phase where each party gathers the information they need to make their case.  In discovery, each side presents their information requests to the other and they must comply.  Discovery is usually the most time consuming phase of a legal case.  And if it’s that important to winning in court, then it’s probably also that important to other decisions.

Of course, the information itself might make the decision for you.  If information is received that reveals an obvious decision (a common occurrence), the whole process concludes immediately. 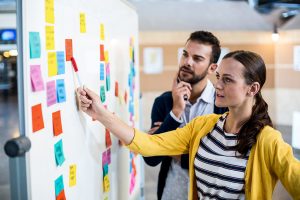 If there are several obvious paths forward, the information gathering step leads into identification of a list of all the alternatives.

The underlying issues often come with risk analysis requirements, for example what if there is a problem with accidents at the bridge.  Risk has two components, probability and severity:

Sometimes the alternatives might come on a scale, and you can choose anywhere on the scale.  In this case, the scale can be approximated as two interfaces (both extremes) or three interfaces (the extremes and the middle).

Determine the Pros and Cons

Every decision is going to affect something or someone.  In this step those effects are identified and understood.

Each pro or con comes with a few items of metadata:

These can occur in combination, for example when an alternative costs more but lasts longer.  Or it costs as stakeholder money in the future.

An alternative can produce a non-monetary benefit, in which case a cost-benefit analysis is important, but the decision makers must decide for or against the benefit in light of their budget (i.e. competing demands for money).  The non-monetary benefit must be presented side by side with the monetary ones within each alternative. 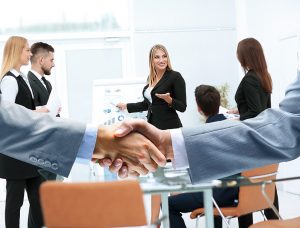 Once all of the alternatives have been identified, the decision must be made.  The decision making process can take several forms:

The decision making process is not complete unless the decision is re-evaluated to assess what the results actually were and how the pros and cons actually turned out.  This is invaluable to future decisions and projects within the organization, as well as priceless lessons learned knowledge (tacit) which provides a strategic competitive advantage.

10 Qualities of a Project Leader

How to do a Force Field Analysis

The 4 Parts of a Strong Business Case