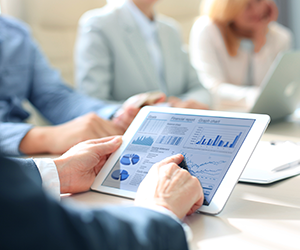 A cost benefit analysis is a project selection method in which a common metric is used to compare a project’s costs and the benefits it provides.  It is used in public projects (like road building) or projects where the end product is not purely monetary.

In a traditional investment analysis, an investment is made with an expectation of a return, like this: 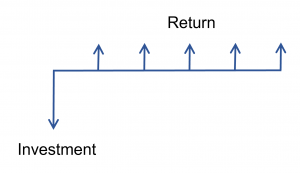 What happens when the return is of an intangible form or doesn’t generate a revenue stream (partial or complete)?

In this case, the return must be quantified in other terms to compare it with the money used to pay for it, in order to get an apples to apples comparison and justify the feasibility of the project.  That’s where cost-benefit analysis comes in. 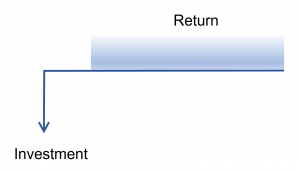 For example, projects like building a road, enhancing/restoring the environment, developing a safety program, or performing research do not generate a revenue stream, hence they cannot be analyzed via investment return metrics.

Projects with intangible returns tend to be concentrated within government, hence governments tend to have strong policies and procedures for performing cost benefit analyses.  For that reason, if your project is by or for a government the first place to look is a manual or procedure guide for that jurisdication.

The Willing To Pay (WTP) Principle

Cost Benefit Analysis is built upon the idea that even though a benefit is not monetary, someone is willing to pay for it.  This is the foundational justification for the expenditure.  It is the overarching theme of the cost benefit report (if one is produced) and focuses the analysis on the monetary value of the benefit.

It is called the Willing to Pay (WTP) Principle.

Obviously, the people who are experiencing the benefits are not paying for them (at least full price) or traditional capital budgeting methods would be more appropriate.  The Willing to Pay Principle asks, if the end users had to pay, how much would they be willing to pay?

There are very often market based value indicators which provide a rough guide for the value of an intangible benefit.  For example,

Conversely, the size of the investment can be analyzed.  When others have spent money on the same benefits, a rough guide for value has been created, for example: 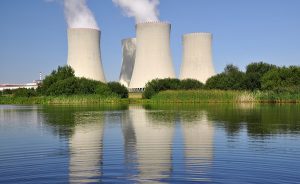 The production of a cost benefit analysis requires a strong knowledge of project risk.  The intangible benefits being analyzed are prone to being under or overestimated.  The benefits might not materialize, or the risk of the benefit not being enjoyed are too high.

For example, a new environmental enhancement project might be a success in its construction, but there is a risk that the public does not spend their time to enjoy it.

For example, your office might be hit by an airplane (a “risk event”).  The probability is very low, but the severity is very high.  One variable is positive and the other negative, and they actually cancel each other out.  However, for most people the low probability outweighs the high severity, allowing you to conclude that this risk event is not worth the creation of a risk response plan.

There are four steps to carrying out a cost benefit analysis:

The first step is to identify the people or groups who are receiving the benefits, called stakeholders.  Usually there is one major stakeholder, however it should not be underestimated that there are usually minor stakeholders which fly under the radar, and enough effort should be made to identify all of them.

Secondly, the benefits to that stakeholder group should be defined.  At this stage, the monetary aspect is not important, rather the exact definition of the benefit – who, what, when, where, why, and how.

Cost benefit analysis is used to compare projects to each other, but also to compare alternatives within projects.  For example, the type of environmental solution, or the size of the safety program, or the width and length of the road.  All the alternatives must be considered in tandem with the benefits of each option.  The stakeholders usually expect an analysis of the alternatives.

There are two sides to the financial coin of a cost-benefit analysis:  The Cost (investment) and benefits.  In this step, we address the costs.  In the next step, we will tackle the benefits.

The estimates for each task are then conglomerated into an overall project estimate using bottom up estimating.  Conversely, the analogous and parametric technique can be applied in a top down fashion, like this:

The benefits are generally the part that requires the most work because they are difficult to define.  And the general pattern in life holds, that the most difficult part is the one that makes or breaks the analysis.  Since the cost benefit analysis is only as strong as the benefits definition, I will start by outlining the 3 most common situations and then branch into general valuation methods for intangible assets.

The benefits are quantified to allow decision makers to take the best course of action.

Although the specific methods of dealing with the three main situations are defined above, we present the following as a checklist to define the value of any intangible asset.

How to Perform a Stakeholder Analysis