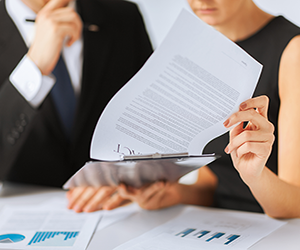 The procurement side of project management can be daunting.  Contractual issues are routinely some of the biggest and most expensive problems that require solving, and the parties are often very passionate about their case.

Almost without fail, the common theme is that the issue could have been addressed at the origin with a better contract.  But alas, this is easier said than done.

There are 7 types of contracts that appeal to any type of project.  Each have their own pros and cons, as well as unique risk of problems, hence a strong procurement strategy is key.  The seven types (in 3 categories) are:

This is a standard lump sum contract.  A statement of work is produced and a contractor submits a quote for the work.  There are no grounds for a change to that price.

The contractor assumes all of the risk and insulates the buyer from all unexpected additional work within the scope.  But therein lies the dilemma.  The statement of work (also known as terms or reference, or other names in other industries but I will use statement of work because it’s the generic term used in Project Management Body of Knowledge) must clearly define the boundaries, or it opens up the possibility of one party arguing that something is not part of that lump sum. 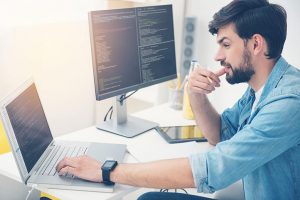 It’s surprisingly easy for one party to say there was an inherent, unstated assumption in the statement of work.  For example, if the project is to develop a web application with 20 pages, and it’s subsequently discovered during the project that one of those pages requires five times as much work as the average page, the vendor can argue that this was outside of the scope of the contract even if it’s still the same number of pages.  But at what point does this become outside of the scope?  How much extra work constitutes “unexpected”?

The bid price in FFP lump sum is the highest of all of the methods, because the risk to the contractor is the highest.  All other methods are an attempt to share the vendor’s risk to reduce the price.

FFP contracts should be used when the scope of the work is well known and not likely to change much.

Thus, if the scope of work has a decent chance of changing after the bid is submitted, a cost plus type contract should be chosen from the beginning.

A contractor quotes a lump sum price of $100,000 for the Terms of Reference for a landscaping project.  They are paid monthly according to percent complete.

This metric can be anything that is well defined and measurable, such as:

Some form of technical performance is common, however it lends itself to difference of opinion when people define it based on different things.  For example, one person might think that the building is too small, while the other thought it was large enough, but is not energy efficient enough.

A contractor quotes an FPIF fee of $80,000 for the lump sum portion and $20,000 for the incentive portion, which is based on meeting a certain milestone.  The landscaping at the front of the building is more publicly visible and a $5,000 penalty per month is assessed after a specified interim completion date for this portion of the project.  The contractor is one month late on the interim completion date, hence the final contract price is reduced by $5,000, to $95,000.

Hence, this contract allows the owner to assume the risk of project economics, reducing contractor prices.

A contractor quotes an FPEPA fee of $100,000 for the project.  Due to the onset of winter, the work must wait until the next year to be completed.  The contract contains a clause which adjusts its value based on the Federal Reserve’s inflation index for that year.  When the inflation index is released, it is 3.0%.  Hence, the contract payment is $103,000.

The CPFF is the standard cost plus contract where the contractor is reimbursed for costs incurred, and a fixed fee paid in addition to that.  Hence, there are two components to the contract:

In a competitive bid, the contractor is selected based on the total.

This type of contract is effective when the scope of work is expected to change significantly.  For example, a design-build project where the actual costs are not readily known until the design is completed.  But the buyer needs to be prepared for potential escalation.

The contractor is insulated from escalating project costs, and has a small incentive to introduce efficiencies and reduce the variable part because their percentage profit drops as the work escalates.  However, this is not a very large incentive, and for that reason the CPIF contract seeks to increase the incentive.

CPIF is similar to CPFF, with the variation that the contractor is rewarded for achieving certain performance targets via changes to the fixed fee.  That is, the fixed fee is no longer fixed.  These are usually cost based targets, because this contract seeks to incentivize the contractor to reduce the variable (cost reimbursable) part of the budget.

There is usually a bonus as well as a penalty depending on which side of the project budget the contractor ends up.  It is possible to have a larger bonus than penalty (or vice versa) but in many jurisdictions the law forces the bonus and penalty to be equal.  As a minimum, in most jurisdictions the law does not recognize a penalty without a bonus, so be aware of that.

Once again, the contractor is insulated from major changes in the contract, but their incentive to find efficiencies in the performance of the work is greatly increased.

The CPAF is similar to a CPIF contract, except that the bonus/penalty usually involves metrics other than cost-based ones, or the bonus/penalty clause is relatively sophisticated.  It has a different name only because the award fee is based on subjective and/or various technical criteria.  CPAF contracts tend to be used by governments or large corporations where contract management functions are readily available.

Lastly, but just as importantly, is the time and materials contract.  This one is different because it contains no fixed fee (the second) portion, hence the contractor must price in profit into the unit rates of the individual items.

This is common on consulting services contracts like engineering, architectural, legal, and professional services.  It is also common on small projects where alot of trust is present because a simple unit rate can be quoted.

A contractor quotes a fee of 1,000 hours at $100/hour for an excavator, resulting in a budget of $100,000 based on time and materials.  At the project conclusion, their actual resources are 1,100 hours for a total of $110,000, which is $10,000 over their budget.  They request permission to bill $110,000 based on time and materials, justifying their additional expense on required work that needed to be done.

The Components of a Procurement Management Plan

The 6 Parts of a Statement of Work