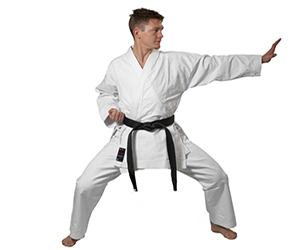 Six Sigma is a technique used to reduce defects in the manufacturing process.  Although it was originally developed for the manufacturing industry, it can be used to improve any business process by using data and statistical analysis to reduce mistakes, rework, and waste.  I’ve found that my six sigma certification (black belt) has helped me to reduce quality issues at the source and put the focus on producing high quality products every time.

To learn more about Six Sigma, read our Six Sigma Crash Course.  Today I’m going to tell you about how to become Six Sigma certified.  There are 3 basic levels:

To get a Six Sigma green belt, you need two weeks of training in the methodologies and implementation of Six Sigma.

Green belts are the “front line” Six Sigma workers.  They use the DMAIC and DMADV processes to analyze and present findings to more senior Six Sigma staff.  To get your green belt, you need two weeks of training but no experience with a Six Sigma project.

To get a black belt, you need four weeks of training in the methodologies and implementation of Six Sigma, and you must have achieved your green belt first.

Some organizations have identified other levels besides these, but they are generally considered unofficial:

Six Sigma training is a decentralized process with little primary oversight, therefore you will find the full gamut of program quality.  Online courses for green belt start at about $100, but this will give you green belt status only as defined by that training provider.  In the end, employers need to ask where you got your training to make their own assessment before hiring a potential green or black belt.

Alternatively, you can look for online or classroom courses which are certified by the International Association for Six Sigma Certification (IASSC).  This requires a standard exam and results in a designation after your name, such as ICGB – International Certified Green Belt.

Classroom training is usually of a higher quality, but significantly more expensive.

The standards for black belt require a successful Six Sigma project implementation.  If you cannot get that experience, or register with a training provider that doesn’t require it, the quality of your Six Sigma certification is likely to be held in suspicion.