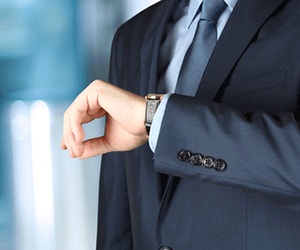 If I asked you how far behind your project was, could you tell me in quantitative terms?

Most people know the basic status of various tasks:

“Well, that report was a week behind and Johnny should’ve finished his analysis by yesterday.”

How to Calculate Earned Value

If you don’t already track Earned Value, it can be done without software in 10 minutes per week, and in this article I will show you how.  At the engineering firm I manage, we do it weekly and I believe it is the single biggest driving factor for our projects.

To get started, Earned Value Management requires that the project be broken down into tasks (a work breakdown structure), and each task requires the following pieces of data:

For each task, the following definitions are required: 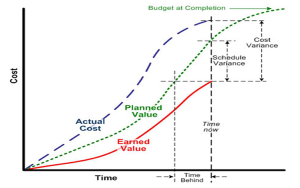 There is software out there for entering your project schedule and generating an Earned Value graph, but this is the procedure they use.  In the absence of software, you can generate an excel spreadsheet and simply update the numbers every week (or whatever time period works for you), like I said, in 10 minutes or less.

A major assumption of this method is that the task gets completed at a constant rate.  If you have a task that requires a major expenditure at some intermediate point you may need to make the necessary adjustments (in #1 above).

How to Analyze the Results

What does it mean?  The results of the exercise will give you a number called Schedule Variance, and a graph of the schedule variance over time.  The important things to note are:

How to Use Earned Value to Move Projects Forward

Sometimes knowledge is the only power you need.  If you let your project team know what the schedule and cost variances are at regular intervals (a weekly progress meeting, or whatever), I think you’ll be amazed how quickly things get back on track when people get told there is a negative variance.  At the engineering company I described above, I don’t have to hold motivational meetings, or yell and scream, or kick up a fuss.  Things seem to come into line when project teams are aware that they are behind.

Also, if a negative variance is presented to the project team and a project member doesn’t see it being easily corrected, this information comes out pretty quickly.

It also gives you, the project manager, a fantastic early warning signal of project distress.  The numbers will tell you there’s a problem long before you would otherwise notice.  And you won’t be able to brush them off so easily either.

Too many technical professionals simply use gut feel for project schedule tracking.  If you merely suspect a project of being behind, why not spend the 10 minutes per week and make a quick calculation?  Bookmark this page and go through the steps.

Integrate Project Management into Your Projects