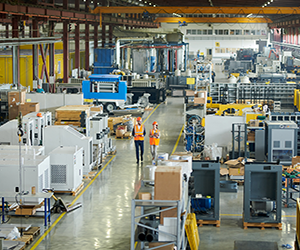 Poka Yoke is a component of lean manufacturing which involves error proofing of the production process.

Like the square peg that doesn’t fit into a round hole, it involves designing processes to eliminate the ability to produce poor quality products.

Each task in a production process is inspected for defects.  If the defects emerging from a task are particularly high, the root cause is determined and a method of poka yoke (error proofing) is installed.  This can be anything that measures and removes the root cause of defects at source, for example installing a scanner that illuminates a warning light, or posting a checklist on the wall.

Poka Yoke is generally considered a preventative measure, but can be performed as a proactive measure in response to a known problem.

In lean manufacturing there are three types of Poka Yoke:

Poka Yoke Example
A manufacturer of steel pipe tests each weld using ultrasonic sensing equipment, and about 15% of the pipe is returned to the welding station for further processing to bring it up to specifications.  The plant manager performs a poka yoke by determining why the welds are not to specification.  He finds that the welders tend to cut corners by avoiding the lifting of the heavy pipe sections to adequately weld underneath the pipe.  The manager develops an improvement to the process by developing a written checklist for the welding process, which includes walking to the lifting equipment, waiting for the pipe to be lifted by 3 feet, and then walking back to perform the weld.  All of the welders are trained in this procedure, and the defect rate drops from 15% to 2%..

There are four steps to performing poka yoke:

Most plants think, plan and analyze intensely prior to implementing the smallest changes to the production line.  In contrast, lean manufacturing reasons that the elimination of waste from the value stream is more like an emergency – the patient is dying and the waste must be completely eliminated from the production line without delay.

Poka Yoke was originally popularized by Shigeo Shingo of the Toyota Motor Company in the 1950’s and 60’s.  After Toyota went from near ruin following WWII to become the world’s largest automaker in the 1990’s, its production system came under intense scrutiny by others wanting to duplicate its success.  The Toyota Production System is the forerunner to today’s Lean Manufacturing methodology.