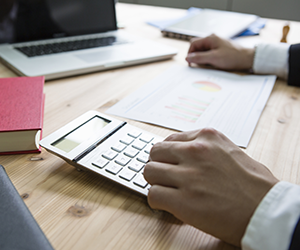 Project estimating is one of the most important aspects of project management.  By their very nature, projects have fixed budgets and their owners want to know how much they will cost.  Hence, project estimating begins prior to project initiation and estimates are usually updated at important project milestones.

A Rough Order of Magnitude estimate, often called ROM Estimate, is the first estimate in the life cycle of a project.

Usually it is used for project screening, that is, to decide which among several projects to proceed with.  It is also often used to estimate projects prior to funding being approved.

How to Develop an ROM Estimate

ROM estimates are developed primarily using analogous techniques, meaning that cost information from previous projects is used to determine an estimate for the new project.  Applicable adjustment factors are applied, for example if the new plant will have five assembly lines and the old plant only had four, the cost would be increased by 25%.

So how do you know that the estimate has an accuracy level of exactly 50% and not 40%, 30%, or whatever?  This is a question many beginners have, and the answer is that this is a maximum range of this type of estimate, not a universally achievable objective.  If the estimate cannot be produced to this accuracy, it cannot be called an ROM estimate.  But if it can, well, you’re in luck.

Bottom line, you gather statistical evidence of how often each task fails to perform satisfactorily if it was performed many times.  Often this data is sparse, but with experience you can estimate it quite well.  When you can establish that each task has at least 50% accuracy, you can safely call the estimate an ROM estimate.

A 50% accuracy level is fairly easy to obtain, and almost all projects will have to ability to estimate at this level.  The exception might be research and development projects, or software projects that continually change and evolve.

The definition level of a project for an ROM estimate is about 0 – 5%.  That means that the design of the relevant products and services are at an infant stage, or have not started at all.

For example, the design of the building has not yet started when the ROM estimate is produced.

Other Types of Estimates

ROM estimates are the first (lowest) level in a hierarchy of estimates that are produced as a project proceeds through its life cycle.  The others are:

What is a Rough Cost Estimate?