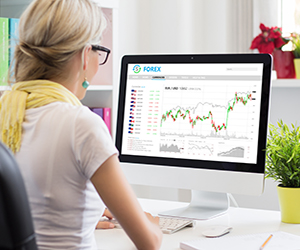 If projects had a share price, they would trade low at the beginning.  Instead of completed work that has intrinsic value, the project’s stock price would be derived from future hopes and dreams.  And there would be many things that could happen between now and then to derail the most ambitious of plans.

Some projects have a very strong chance of succeeding, particularly ones that are building something that is well understood, like a building.  These projects would have a high share price at the beginning, corresponding to its high likelihood of success.  But others are on the other end of the spectrum, such as research or software projects, and have alot of things that could go wrong.  These projects would have a near-zero share price at the beginning.

Just like investing in the stock market, project managers need to buy low and sell high.  Luckily for you though, as a project manager, unlike your favorite stock there is alot you can do to influence the outcome. 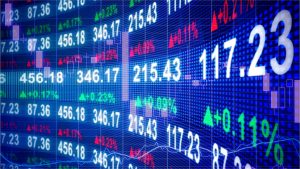 Indeed, a project is essentially nothing more than a small company within a larger one.  Some (usually small) companies even define their existence with only one project, and in this case the value of the project is essentially the same as the company.  Examples of this abound in resource extraction, mining, renewable energy, and oil & gas.  But even if the value of the project isn’t displayed on a ticker every day, it is important for the project manager to understand what generates the value in the early days.

Since value at the beginning is driven primarily by future expectations, managing stakeholder expectations is an inescapable part of a project managers job.  Stakeholders want to know what the milestones are, when to expect them, and what their quality metrics are.  Hence, the need for strong communication is disproportionately skewed toward the beginning.  The Project Management Body of Knowledge (PMBOK Guide) specifies that a written stakeholder register be produced which lists each stakeholder in the project and tracks them throughout.  It specifies their communication needs, whether it be regular updates, investment circulars, or whatever the case may be.

Besides stakeholder communications, the other disproportionately outsized factor at the beginning is risk.  A risk is any event that might affect project success.  Each potential risk event is listed on a risk register and analyzed according to its two underlying variables:

Pre-planned response strategies are put in place where warranted.  When the probability and/or severity are both high, the overall risk to the project is high.  The communication domain and the risk domain are not completely independent, because strong communication of risk factors is itself a mitigation technique.  I’ve seen a few projects where stakeholders, although unhappy, were much more willing to accept losses because they were warned well in advance prior to the risk event happening. 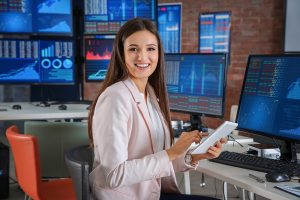 At the tail end of the project, the priorities are slightly different.  The risks have been mitigated and the project sponsor and owner are largely satisfied (or dissatisfied, but you can’t do much about it at this point anymore, anyway).  Thus, it could be argued that the project is nearly complete and the project manager’s job is mostly done.  But I will present a perspective of a project’s value that that includes consideration of the market success of the product or services that the project produces.

You see, all assets change in value.  Any casual look at the stock market reveals that companies with highly stable and predictable assets routinely move 10% – 20% in short or medium term market volatility.  The value of an asset is largely dependent on future, rather than current, supply and demand, hence investor sentiment can be quite variable on a day to day basis.

In addition, future product enhancements, geopolitical changes, demographics, and a host of other external and subjective variables factor into a product’s current value.

Although it’s true that it’s often someone else’s job, like the marketing or operations department, etc., there is usually some level of interdependence between the success of a project and the market success of the products or services it built.  You cannot separate the two.  If the product or service fails, the project manager will inevitably get some of the blame – Maybe it was built poorly or didn’t consider its end users to enough of a degree.

For a project that builds a product that gets sold for a profit, it’s easy to see the need for promotional considerations during the project.  For example, a cell phone app.  If the project doesn’t test user engagement and product promotion, it could have a major impact on its success.  But what about the other end of the spectrum.

On the other extreme, let’s say a road-building project, where there is no real monetary benefit after completion, I would argue that even in this case it’s easy to see the value of focusing on product promotion in the later stages of a project.  Maybe the road has defects that should be fixed.  Maybe the longevity of the road is suspect because of the results of some of the asphalt mix tests.  Maybe some adjacent landowners are not satisfied and could cause problems later on.  If the road was privately owned and had shareholders, any of these issues would cause the share price to fall.

So it is clear that even in the most extreme cases, focusing on the success of the product is the project manager’s main concern at the end of the project.  Which leads me to my final thought.

Would you buy shares in your project?