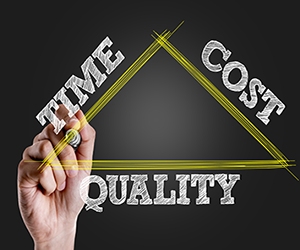 In project management, like most things in life, there is no free lunch.

This constant tug of war is called the Triple Constraint, also known as the Project Management Triangle, or the Iron Triangle.  It is the relationship between the three most important restrictions in a project.

These three restrictions are:

Because a project is defined as a temporary endeavor, with a defined beginning and end, the completion date is almost always an important consideration in project success.

To manage this arm of the triple constraint, there are two sides to the coin.  In project manager lingo:  Planning and control.  And in laypersons terms:  Firstly, producing a reliable project schedule, and secondly, ensuring that the schedule is met.

Producing a realistic but achievable schedule is a great first step, but it’s only half the equation.  What if the schedule is excellent but the project doesn’t finish on time?  The second side of the coin is called project control, which refers to the ability to ensure that the project meets its required schedule.  That’s where earned value analysis comes in.

In earned value analysis, the project manager determines three initial variables from the project data.  Each of these variables is determined on a task by task basis.

From this, two variables tell the project manager the schedule status at the current time (or the point of analysis)

And finally, four variables tell the project manager what to expect in the future.  They are an extrapolation of the current trend.

I won’t go into detail for each of these because they have various methods of calculation.  To learn more about earned value analysis, please see our article here.

The basic strength of earned value analysis is its ability to provide a fast early warning signal of project distress.  If a task is, say, 30% complete, but should be 40% complete, it’s not necessarily readily obvious to the project manager, but the Schedule Variance will calculate negative and give you a heads up that something might require active intervention before it morphs into a bigger problem. 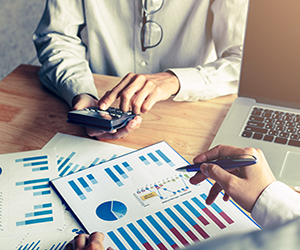 Once again, since a project is temporary, it has a fixed budget and this is almost always an important consideration in project success.

And once again, the coin has the same two sides:  Planning and control.  That means firstly, producing a solid estimate, and secondly, ensuring that estimated cost is not exceeded.

Preparing an estimate for the whole project uses either a top down or bottom up approach (or both):

In practice, both techniques are generally employed.  Bottom up estimating is important to get comfortable with the estimate, but the overall project estimate usually has contingencies, or management reserves, applied, or a project budget is assigned that can be apportioned into the tasks. 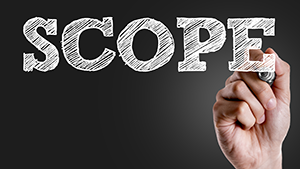 Project scope refers to the items that are, and are not, included within the project.  If you want to increase the project scope, for example create an additional product, the project budget and schedule will both need to adjusted to accommodate the change in scope.

Scope is the single biggest reason for project failure.  Unauthorized work has a strange way of creeping into the project, or project work gets bigger (gold plated), or the project is stopped and started, causing budget and schedule issues.  This is called scope creep.

Hence, writing a project scope statement is one of the most important ways to ensure project success.  There are no specific guidelines for how detailed to make a scope statement, but the more detailed, the better.  Obviously, you can’t itemize every nut and bolt, but a good scope statement will reduce project risks by communicating the important parts of the project.

In addition, scope statements should contain the following items:

The second side of the coin is the scope validation during the project execution phase.  The scope statement doesn’t do much good if it never gets looked at and scope creep starts to multiply and infect the project.  For this reason, project control must include a scope re-validation process.  This process can be as simple as reading the scope statement and signing off on it at regular intervals, or at project phase changes.

Project Management Tools of the Trade

What is a Project Baseline?