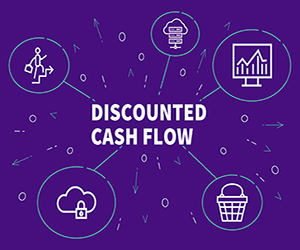 Discounted cash flow is an project investment valuation method whereby future cash flows are discounted by a rate that accounts for the time value of money.  It is used to make decisions between various available projects, or to determine the economic feasibility of a project.

Hence, the income is discounted.

It is usually used for projects which generate a future stream of income.  The discounted cash flows are added together to determine the net present value of a project investment.

The formula for discounted cash flow is as follows:

Discounted cash flow is used to make decisions to proceed with a project, or to choose between several competing projects.  It determines the present value, in today’s value, of all of the project’s expected cash flow.

If a project does not generate a rate of return higher than the WACC it should be rejected, because the money is better spent elsewhere.

A company wishes to build a new building.  This building will cost $1 million and generate $250,000 per year in additional revenues for five years.

The discounted cash flow is the net present value of the positive cash flows (the return):

As you can see, the investment is about half as profitable as a non-discount analysis might suggest. 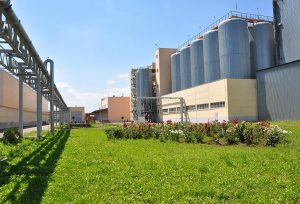 A food processing plant wishes to decide whether they should expand their existing plant or build a new one.

Based on the discounted cash flows, the decision is made to proceed with option 1, the plant expansion. 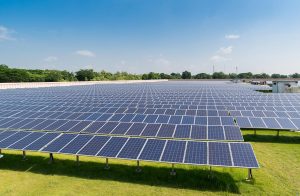 A solar power firm has received a government power purchase agreement worth $20 million per year for 10 years, for the construction of a solar farm.  They have narrowed down the options to three locations.

The site in the country is the most profitable, but the middle site is roughly break even.

How to Calculate Present Value