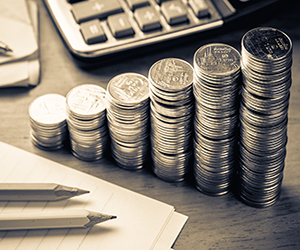 It is generally used for investments that involve a large up front capital outlay, such as the construction of an industrial facility, or development of a software product.

The shorter the payback period, the more attractive the investment.

The Payback Period formula is simple.

The payback period is used to make investment decisions.

Organizations usually have a choice between many projects to undertake, each with their own advantages and disadvantages.  When all other factors are similar, the payback period can be used as a decision making tool, since a fast payback period will rapidly flow into the business’ cash flow and balance sheet (financial health).

The payback period is an ideal metric for the relatively common scenario where a large upfront investment generates a steady return over time.  Usually this return is accompanied by a considerable amount of project risk (if you build it, they will come….. or will they?) hence a quick payback period will mitigate the market risk of making the investment.

Another common scenario is a lack of confidence in the quality of the revenue stream.  For example, a solar power project is justified on the basis of a 20 year purchase contract, but what if the contract is not renewed?  In this case, a fast payback period allows the project to break even prior to the adverse event, which makes the investment significantly more attractive.

Many examples abound of organizations that made a significant investment only to run into financial difficulty when the revenue stream was not as strong as expected.  A short payback period limits the possibility of financial distress. 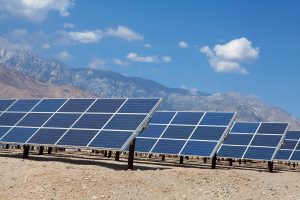 Generally, the payback period does not take into account the time value of money.  It is often used as a quick “back of the napkin” metric by investment professionals.

However, the capital expenditure and revenue stream can be discounted to include the time value of money, and this is what normally occurs within the feasibility study process prior to investment decisions for large industrial projects.

The payback period is one of the most important metrics in the decision to proceed with large industrial projects.

These projects produce a feasibility study that provides a rough cost estimate (10 – 25% completion, depending on the project), a construction cost estimate, and an estimate of the future revenue stream.

The payback period is important for these types of projects because of the large expenditures involved.  The corporation can assess the risk of various adverse events happening within that period.

Payback is one out of three main capital budgeting methods.  The other two are:

A wind farm is being proposed by a new company.  The wind is measured via anemometers that are installed at different heights and the data is collected for 2 years.  The data is analyzed, the type and size of turbines are chosen, and the predicted revenue stream is determined.  The estimated project cost is $10 million.  A purchase agreement is signed with the local government that will purchase all of the power from the wind farm for 15 years, at a fixed price generating $500,000 per year.

The payback period is:

In this example, the project’s payback period is likely to be one of the owner’s most favored metrics (vs. NPV or IRR) because of the considerable risk undertaken by the company.  This risk stems from the large, fully upfront expenditure.  The quicker that all of the money is back in the bank, the less risky it is to the organization.

In addition, the investment decision can be made on the basis of the last 5 years of the payback period which is not covered by the guaranteed revenue stream.

An oil refinery upgrade project will double the capacity of the existing facility.  The feasibility study estimates the project at $20 million and the expected revenue stream is $5 million per year.

The payback period is:

In this case, the resulting revenue stream is highly variable because of the volatility of the price of oil, hence it carries with it a significant amount of risk.  This increases the importance of the payback period, that is, of getting the money back quickly.

A mining exploration company discovers a gold deposit.  The share price reacts strongly to the news.  The deposit has a small, high grade “core” within a larger, lower grade area.  A larger company is considering purchasing the company, thereby the deposit.

The feasibility study for the mine will determine a better payback period relative to other, homogeneous deposits of the same size because of the small, high grade core, even though the other metrics (IRR and NPV) will not change much.  The value of the deposit, if sold, is better than a similarly sized homogeneous deposit because it will pay back the initial investment quicker, thereby lowering the risk of adverse events prior to investment payback.

An electric car manufacturer wishes to build a new plant to serve a new market.  The feasibility study provides several options for plant locations, production volumes, and resulting revenue streams.  The payback periods of each option are identified within the feasibility study.

The payback period will be of interest to executives because it shows how quickly the project can break even under various market demand scenarios.

The Components of a Feasibility Study