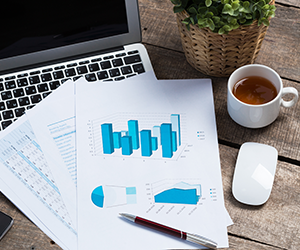 Mismanaging project costs is the single fastest way to cause project failure.

The project costs represent the many multi-faceted experiences that occur on a project, however stakeholders see only the bottom line and draw rapid conclusions from it.

For this reason, the planning of the management of project costs is the focus of the Project Management Body of Knowledge’s Plan Cost Management process, contained within the Project Cost Knowledge Area.

The Project Cost Management Plan is a component of the overall Project Management Plan.  It provides the details of how the project costs will be estimated, tracked, and controlled.

The Cost Management Plan is important because the project manager’s ability to influence project costs starts high and decreases as the project goes on.  It contains four major sections:

During the project planning phase, the resources need to be itemized and categorized.

The time value of money is often a consideration.  Return on Investment, Net Present Value, and payback period, if applicable, contribute to the business case for the project.  Funding requirements often require this type of analysis to determine when the funds will be released.

Project stakeholders should be consulted to ensure a complete buy-in prior to project execution.  Keep in mind stakeholders tend to measure project costs in different ways, for example when an item is delivered vs. ordered.

Almost all projects need estimates.  In order to be approved by the applicable authorities, the amount that the project will cost is usually a major variable.

Prior to the estimate stage, the project has been divided into work packages in a Work Breakdown Structure (WBS).  The WBS is simply a subdivision of the project into tasks.

Each item in the Work Breakdown Structure is estimated.  The hours, tools, equipment costs, and subcontractors are estimated to produce a final task estimate for each task.

Each estimate is produced using either analogous or parametric estimating techniques.

Analogous estimating involves comparing to previous, similar projects.  The actual cost of the previous project is revised and adjusted to account for the different variables present at the new project. 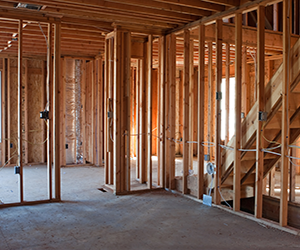 Parametric estimating involves reverting to unit costs, such as cost per square foot of house construction.  Often, these variables are published in commercial sources or well known to the organization.

In addition, to avoid estimating errors the estimator can use Three Point Estimating techniques

In this technique, you determine an optimistic and a pessimistic estimate, and average them:

Alternatively, if you wish to produce an estimate that is tighter to the Most Likely (m) value, you can use the beta distribution:

For the estimating phase, the project cost management plan contains the following items:

Following the production of estimates the final project budget is produced by adding each estimate together to produce an overall budget for the project.

Amounts placed within individual task estimates to account for “known unknowns” are called Contingencies.  These are used to account for things that are known to be uncertain.  For example, in a bridge building project the potential rise in streamflow could represent a good reason to increase estimates.  You don’t know if it will happen, but it might.

Many organizations track the cost escalation on past projects and allocate this to each future project as a Management Reserve.  This can be either a percentage or a fixed fee.

For the overall budgeting phase, the Cost Management Plan contains the following items:

Most projects have cost accounts into which each cost is placed for tracking purposes.  These cost accounts are correlated to the task list, that is, the Work Breakdown Structure (WBS).

To maintain strong project control during the project execution phase, the project manager uses Earned Value Management.  This means that at specified intervals, usually one week, the following variables are measured from actual project performance.

Although there are many variables calculated in the earned value analysis, the following represent the basic minimum to ascertain the project’s cost performance:

To make sure you never go over budget again, or to learn more about earned value analysis, we’ve developed a helpful Earned Value Tutorial.  Let me know what you think in the comments below.