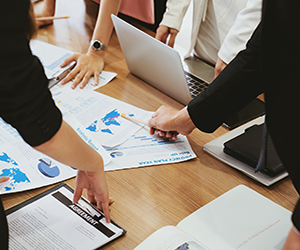 Change is the only constant thing in life.

Human nature is such that, if you ask me to do something for you, you expect me to have a plan and, following your approval of that plan, to adhere to it.

That’s why project management involves the development of a project management plan, which includes the budget, schedule, stakeholder communication plan, and any other items necessary for a successful project.  The plan is approved by the parent organization and/or project sponsor, and changes to the plan mid-project are unwelcome.

In fact, project changes are one of the easiest ways to raise the blood pressure of senior management.  Project plans are intended to provide certainty – of purpose and outcome.  When the plans change, the expectations must be revised, and project success is at stake.

But since change is the only constant in life, project changes should be planned into every project from the beginning.  The most likely potential changes, approval procedures, risk analysis, budget and schedule implications, and stakeholder communication should all be a part of the plan.  You can’t anticipate every change, but you have to be prepared for what you can.  Thankfully, the Project Management Body of Knowledge (PMBOK Guide) gives us direction on how to perform project change management.

Project changes must be considered in each of the three major phases of project management:

Although the PMBOK Guide contains a fifth process group, Initiating, it is small and not all that relevant to project change management. 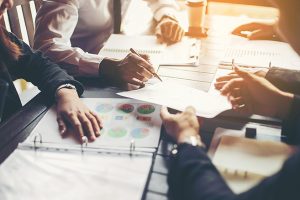 During planning, a listing of configuration items is developed and placed within the project management plan.  These are things that require control to ensure that there are no unauthorized changes because they affect the budget and schedule of the project.

For example, in a house construction project, the house plans are configuration items.  If they are changed by anyone that wants to make the project easier for them, the project’s budget and schedule will spiral out of control.

Changes to configuration items are tracked with the following style of data (manually or within software):

This is the well documented project change management process within the PMBOK Guide, and on large megaprojects this process actually happens.  I know because I’ve been a part of it.  But since most projects aren’t megaprojects, suffice it to say the process is a simplified version of this that suits the circumstances.  The most important thing is to have an independent set of eyes (in place of the change control board) approve the change because project managers love to “gold plate” the product.

Hence, the steps to perform change control during project planning are:

Large megaprojects spend a significant portion of their budget assessing and managing project risks.  In contrast, small to medium sized projects normally spend little or no effort on risk analysis, however if it has value on large projects, don’t you think it would have a corresponding, albeit smaller, value on small projects?  If a small project manager spends one hour brainstorming about all of the unexpected things that could happen on their project and potential responses, they have performed risk management. 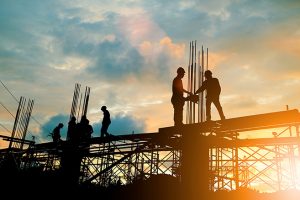 During the execution phase, change requests are continually generated and fed into the project change management process.

Change requests originate from the project team and are fed to the project manager, who can either solve the problem by re-allocating resources and so forth, or proceed to making the project project change request.

Change requests can include defect repairs, or corrective and preventive action.

The change control process documents the change in a document called a change log.  This log tracks information about the change such as who requested it, why they requested it, and if/when it was approved.  If the project budget or schedule has been changed, or the project management plan updated, the process as determined in the planning phase is implemented.

The change control board analyzes the change request and makes a decision.  Once the decision has been made, the project management plan is updated and submitted for re-approval to the project sponsor. 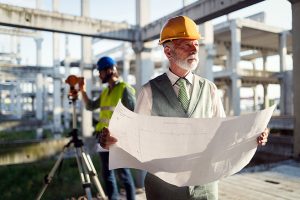 Hence, the monitoring and controlling function attempts to prevent project changes before they occur, or to obtain early warning to notify stakeholders of an upcoming project change.

In EVM, specific progress reporting periods are determined (often weekly) at which time four variables are extracted from each task of the project:

The current project status at the point of analysis (usually today) is determined using four variables.  Each task is calculated separately and averaged to determine the whole project status:

Once the current status is determined, it is extrapolated to determine what the overall project values are trending to using the following four variables.

When the CV and SV are negative, the project is over budget and behind schedule.  The CPI and SPI will be below 1.  The EAC tells you where the trend is heading.

And the VAC tells you how much more money you need to ask for.

The major benefit of earned value management, outside of the great picture of project health, is the early warning signs of project distress that it gives you, at the time when implementing project change management is at its least painful point.

Project closure is one of the most neglected, yet most visible, phases of the project to senior management.  This is because the project budget has run out and project managers feel they can make it up by skipping closure paperwork that won’t fail the project.

Fair enough.  Most of the time it won’t.

But since project change management are so integral to project success, the closure phase should re-evaluate each project change and determine if the change was a success, how well it was implemented, and what could be done differently next time.

Projects that go according to plan present no learning opportunities.  It’s the changes that should be evaluated with a retrospective that will benefit future projects.  This is supported within the PMBOK Guide, in the form of a lessons learned register, developed as an output to the Close Project or Phase process.

What is Project Configuration Management?

What is Project Integration Management?

Guide to the Project Life Cycle